The first thing we all jump on to in the first week of any new year is to pick our new year resolutions. Try new things, or stop eating junk or some other thing that you care about. But these last only until the new year decorations. Is that really true though? Is that really a myth? So here we are discussing myths around new year resolutions. You would definitely relate to at least 1. You can let us know which one by commenting below the article. But first, let’s see what it is all about. 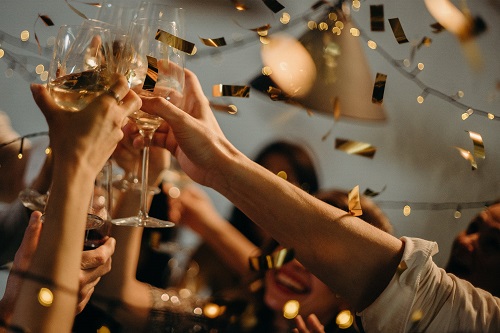 A Resolution generally comes from emotions and often have no destination. Like, stop eating junk, saving money and others. Actually, we are just being very practical to understand what we are doing wrong and restricting our selves to stop doing that. Here is the list of most common resolutions made during New Year.

People mostly make promises on the followings during New Year:

Don’t tell us you never made took up any of the above resolution. These are indeed the most ordinary ones on every person’s list. Now, let’s jump to the myths revolving around resolutions taken on the New Year eve.

Let us see what the myths on this fact are…

New Year’s time is just an excuse to make a new beginning. There is a saying that resolutions are meant to be broken. Still people who know that they need to get rid of few bad habits make resolutions and they do not work always. It is just a myth that promises made on New Year works.

But there’s a silver lining to it. Try to go as specific with your goals as having broad and open ended ones. For example, ‘stop eating regular chocolate’ might be more achievable than ‘staying healthy’.

People who think that a resolution makes lot of sense are completely mistaken. Making a resolution is nothing but paving way for a better future. So, when you know the areas you need to improve then why wait for New Year? Just start your day by believing that you can. Researches show that people making promises during the New Year lack self-confidence.

By now you must have figured out that I am against new year resolutions. But don’t get me wrong. What I also believe is that there need not be one time to decide new things. Instead you can try the 22 day rule which might have better chances of working. 22 days is less than 365 days, right? So you can more likely develop a new habit, and possibly also retain it.

Myth #3: Only a resolution can make a better you

Lot of people think that a resolution can make them better. Actually, that is just a myth. The fact is that only when you think you can make yourself a better person, then you can. It can be mid of the year, end of the year or beginning of the year. The time really does not matter.

Did you know some of these facts about New Year Resolution? How did New Year’s Resolution start?

History says that about 4000 years ago Babylonians where the first to make a New Year Resolution. Rome also did the same thing, after the reform-minded emperor Julius Caesar tinkered with the calendar and established January 1 as the beginning of the New Year circa 46 B.C.

Just like few good things come to an end, all bad things also come to an end. To end few bad things and habits, we make New Year’s Resolutions. It is a very common thing to make promises to change in New Year. But what happens to those promises? Making a New Year resolution is also considered as a myth by many. Well, that might or might not be the case but if there’s one thing that’s certain it is that you can definitely save big on all your expenses in the coming days with New Year offers!

So, have you changed your mind after reading this blog or are you still planning to make some resolutions this new year? Even if you are planning to make a few promises, make sure you follow them religiously and inculcate them for your own good. In the end, all we want is to leave behind all the sorrows of the last year and hope to kick-off the new year with utmost joy!

Top 10 beauty tips for skin from the kitchen

5 Sexy Party Dresses To Have In Your Wardrobe!

Most Uncommon Gifts For Deepavali

Father’s Day Special: Which Bollywood Dad Do You Have?