Dads come in all shapes and sizes, all phases and crises. But since it’s father’s this weekend, let’s find out who’s your dad with this Father’s Day Special article from us.

Dads come in all shapes and sizes, all phases and crises. But since it’s father’s this weekend, let’s find out who’s your dad. Get your dad cool gifts from Ferns N Petals, Indian Gifts Portal, Printvenue, Amazon.

1. Darth Vader
“Luke, I am your father..” accurately describes your situation. I mean it’s not like you asked for Lord Voldemort himself to grace you with his genes. But there he sits, and this father’s day may end up just like the other ones, bleak and dreary. Take heart, there are other dads out there, and you can be one of them someday, maybe. So today, just be your own dad model like Shahenshah or go hang out with your favorite TV dad.

He’s a pro at commentary, among other things.Up and then down, one way to the next, he’s just too fickle to even be constituted as fickle. Maybe his heart’s in the right place maybe it’s not; who really knows? His constant is green paper, but he has his reasons, and you’re a big part of it.

3. The Simran Dad
The strict dude, the purist, the good guy. He’s an upstanding man, with a big heart and a clear sense of right and wrong. Possibly the best version of dad there is. Sure, he’s a stickler for traditions,but hey, ma’ man honest here, he’s the nice kind of conservative. He’s coo with your hopes and dreams, as long as they don’t hurt you, and that is the most dad quality ever.

See, if the Simran dad was into sports, he’d basically turn out to be the Ramlal, an original limited edition sports model. This dad type simply lives for the thrill of the sport of his choice, and consequently, he’s decided to convert his family to the sport in question. The modern version of this dad includes former Olympic athletes, former cricketers and other former sportsmen who’ve put their kids into their choice of sport.
So cheer up, you’ve just found something in common with Deepika Padukone.

The original sports fanatic is an overall benignly good dad type; but there’s another version, the moody reboot. He’ll take your training to the next level. You remember that kid who’s dad took him in for surgery at 12, to train him for medicine? Yeah, this dad is the sports league version, and he had a temper; which he’s passed on to you.
So, go get that gold meddle, tiger!

So, a dad-post that doesn’t include an Alok Nath meme is just not an option at this point. But, second best to The Simran Dad is Mr. Sanskaari himself. Yeah, he’s a little too swayed by his emotions, and all that sanskaar has effectively left him somewhat gullible. But he means well. It’s just that he’s in hi own world, and that’s not likely to end soon, kanyadhan or not. Look at it this way – sanskaar is probably your free pass to Europe as well.

Yeah, um, crouching moron, hidden braveheart here. He’s too smart for your own good. All those stories other kids hear about, about the mythical cool dad, well, you got him. And you know that still means you can’t get away with anything dumb. A liberal dad is cool and all, but dad is one fly guy, and he knows it.
I don’t know what else to say, you lucked out, kid!

Yeah, um, Citizen Kane is fun as a dad too.So your dad is a warrior, waging war for truth, justice, anti-corruption, procrastination, and probably every other issue he can raise a pitchfork too. Tough luck, you. Others think it’s funny, or too scary; you, you just have to live with it. Well, you and Kantha-ben, but don’t worry, she’s smart. She’ll survive. It’s you we’re worried about.
Although technically he’s only grumpy and overprotective, with a borderline anger issue. Say yes a lot. And you’ll get through this, sorta.

The blandest Flanders of dads, old man Thapar is your average guy, and your average dad, and the most extra dad ever. He’s the guy who does everything he can to keep you happy. He takes pride in you just being yourself, and he doesn’t need to think twice when it comes to you. He’s always on your side because that’s where he’s supposed to be. Maybe that’s not blandness, but the warmth of a cozy blanket.

If your dad knows how to go about peacocking on a daily basis, then this is you. And let me tell you. It is unnerving to watch him. Maybe unnerving is not the right word; but yeah, he’s got the cooties, and we all know how that ends. In case you’re wondering, it ends with #swag with a side of oh-no-please-don’t.
Don’t worry too much, hopefully, he’s used to this, from a decade back.
That or we’d offer you a group hug.

Yup, a common addition to the Indian household, the passive aggressive cynic is not a great option for a dad, and you don’t always get where he’s coming from. It’s not easy, but you can see that he’s still got that look in his eyes, the look of a former warrior. You may hear a few pearls of wisdom every once in a while, but dad’s so emo.
Well, now you know where you get that from.

Okay, straight up, this guy is awesome. I mean, how’d he reach such a level of ubermensch-ery. A magnificent nerd to be sure, the Mahapurush is a winner. He’ll seize the day, but brute force and sheer will power if he must. He also, incidentally, can see through all kinds of bull. That might not work out for you, but in the long run, this is a skill he will use extensively to protect you. Your only problem is growing up too safe. Daddy does know best with this type.

This type of dad is either crazy as hell, or he comes an uncomfortably close to that line of dadhood. Essentially at his core, this dad has plausibly logical explanations for his actions.I’m not talking about his cross-dressing habit, but hey, you never know. Maybe it’s the stuff happening in his life, maybe he’s under a lot of pressure right now, or maybe he’s too ‘creative’. More often than not, the C420 dad is an alternate for the sweet insecure guy. And he is really sweet despite his fruity disposition. Expect him to be more than just a quirk, as this guy brings in the big guns, and will go all out to get through to you.

Does your dad come home covered in red fluids a lot? Have you seen your dad deadpan his way back from office meetings happening at home? Do the ‘uncles’ who visit your home pay your dad before they leave? Does your mom have an interesting theme song for your dad?
If so, your dad is a Wasseypur dad, and that probably makes you mafia. At this point, all I have to say is don’t become like Perpendicular. Also, try our coupons, you might find them useful.

He’s really a nice guy who’s an oddball with good intentions. More often than not, if your dad is an extreme introvert who keeps to himself except when you ask for help, then this is your category. He’s basically a very helpful robot or a very helpful pet-like person. This kind of dad is normally really shy, and because of his innate mental settings, he generally is a hands-off parent. You might struggle with him if you wanted a more noisy or excited dad, or if you like more attention. But with Awkward Dad, you know you have someone who’s got your back.

Sometimes you mean well, but you end up putting your foot in your mouth on a ratio of 1:full-moon. That’s the Piku dad. A little weirder, but a lot more progressive than the other dads, the Piku dad is a guy who doesn’t mind holding an honest give and take relationship with people. But what was a weary level of precaution in his youth, is now a healthy amount of false alarms. Times change and sometimes it feels like he’s stuck in the past; other times it feels like he may very well be a couple of thousand light years ahead.
The piku dad is really wise like that. And possibly glucose intolerant. So, stay clear when he’s about to let one rip.

Special mentions here, to the baby dads out there.
He’ll try his best, and he is super helpful, but you know, you feel it in your bones, at some point, he is going to try to stick a mustache or a pair of eyebrows on your baby, and you don’t get it. But you see the signs every time he almost drops the bottle or tries to taste it. And you’re either wondering why.
If you are said baby, don’t worry. Tiny humans look good in mustaches and monocles. He’ll get better, eventually!

He’s graduated from dad school. And now he’s jaded. He’s just seen too much. He’s at the point where every time you try something stupid, he sees his childhood flashing before his eyes. So whatever he does, just put it down to involuntary knee jerk reactions.
And he is super fun when he’s not being a paranoid worry-bot, so he’s got some redeeming qualities. Also, urm, he’s probably not going to let up on the hysterics any time in the near future; it might get worse for a bit, so remember to record all this for posterity, so you can bully him about it later.

Last but not the least on our list of Father’s Day Special, is the ‘sweet insecure guy’ dad. Okay, this type exists, and it’s not a bad thing. He’s a bit too kind sometimes, and then he doubles up, rolls over, and pulls a fast one on you. Sometimes he’s a bit too quiet, pensive, and he gets moody. He may have his own hang-ups, and sometimes there’s stuff he worries about a little too much. He is not a helicopter parent, that’s for sure. Heck, maybe he’s just the opposite, letting you take charge. Which basically means he can be your friend.

So, according to our Father’s Day Special, which Bollywood dad do you have?

Let us know in the comments below. 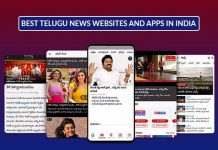 5 MUST HAVE CHROME EXTENSIONS FOR BUDGET CONSCIOUS INDIANS

How to Save Money on Your Wedding Lehenga