It’s pretty obvious that comic followers today worship super heroes like Batman, Ironman or Superman. They have the strength, style and of course, the great movies made on them. So now when he hear about a certain superhero movie called Ant Man by Marvel, let’s face it, we were all a bit skeptic about it. However the truth is, that the trailer was absolutely fantastic and the movie is well received by critics and it even landed a 8.0 rating on IMDB! So here are a few reasons why Ant Man could be or not be the superhero.

Most people think that Ant Man’s only superpower is the fact that he can turn into an ant-sized human. However you are mistaken ‘coz he has super strength even though he is size the of an ant. So a really tiny man who is difficult to even spot, goes around fighting bad guys, punching them to pulp – that’s sounds super cool! Hence he has both stealth and speed that makes him really powerful. 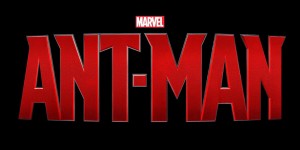 Well he may be powerful and everything, but for starters, Ant Man sounds really cheeky. In fact, you even see the guy playing Antman ridicule the name. Ants are tiny insects that nobody cares about. There is no fear or personality in the name, which can be hindering the popularity of the character. Even if you liked the character a lot, would you really go around telling people that you like Ant Man? I don’t think so…
Great Story Background 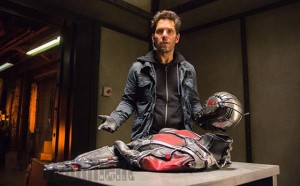 While other superheroes may be awesome, most of them have really dumb background stories. For example, The Hulk is a scientist who gets exposed to nuclear radiation and turns into an angry, green monster every time his heart rate goes high. How preposterous, right! But Ant Man is about a convict who agrees to help steal a shrink suit, by wearing it himself and mastering the art of combat. Sounds a bit better I would say. 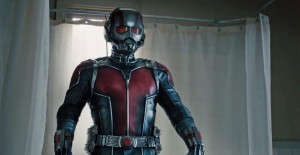 All superheroes have a well-established style and character that resonates into their superhero persona. For example, Tony Stark (Iron Man) is a genius, billionaire, playboy and philanthropist with a fancy red and gold suit and likes to take risks or fight crime. In reality, he is fun to watch and read about. But Ant Man hasn’t got a great suit, nor is his character any great or worthy of talking about. As a superhero, he is just a tiny man in a tight and boring suit. Otherwise, he is just a convict who was lucky to be approached for the job.

Let’s face it, even if you don’t like Ant Man as a character, you sure as hell want to go see what Marvel movie has created out of it. First of all, most people don’t know about this character and are curious to go see what the character is all about. Second, people wonder how a tiny strong man can be so significant.

Not sure if this character is going to be the superhero for million hearts or not. But with so many superhero movies now – it might just take some time for this movie be established. Still if you wanna catch this movie at a discount then use bookmyshow coupons and book your tickets now. Fashion Tips To Get Rid of Those Dowdy Hedge Looks