A song becomes popular for a lot of reasons- lyrics, music, context and a whole lot of other things!

…and then comes parody songs. Just listening to one of these can send you on the floor rolling with laughter. You laugh so hard that tears start dripping from your eyes. Literally any song can be parodied and parodied well. Sad beats can be made funny by replacing the lyrics with some funny words. Any kind of entertainment can be parodied but we love song parodies the most.

In case you don’t know what parody songs are, they are a funny take on a popular song. But here’s the best part about parodies- they are funny while giving some kind of social message. And we love parodies! So, we went and unearthed the best parodies available on the internet. So, without further ado, let’s get this party parody started!


Takes the cake for us! There aren’t a lot of Indian parodies out there. And AIB (now defunct), came out with the best parody song! It made fun of all “party songs”, which are full of misogyny, sexism and mindless addition of weird props. It took the tune of Honey Singh’s hit song “ Party All Night” and went on to diss every party song ever! We love it!

Following the tunes of Miley Cyrus’s popular “Party in the USA”, Weird Al made a parody song to diss the CIA and their covert operations. This song is extremely funny and makes fun of a lot of political issues!

This song parodies Michael Jackson’s “Beat it” and tells you to eat it! It just doesn’t matter what you have for lunch, as long as you just eat it! That wicked guitar solo in this song though!

Before Key & Peele got famous, they were in Weird Al videos! This song talks about typical nerdy stuff about a white boy who can’t hang out with gangstas because of obvious reasons!

6. The Star Wars That I Used To Know- Team Teddie

The title says it all, doesn’t it? In this, Darth Vader asks George Lucas to stop messing with the original Star Wars franchise (and we agree). *Cue the Star Wars theme*

This parody criticises how women in Saudi Arabia are not allowed to drive. Taking the tune of “No woman, no cry” by Bob Marley, this song is a really powerful yet, funny song! Go give it a listen!

We admit we are a huge fan of Weird Al, the King of Parodies! He has produced gold after gold. The song name gives it away. This one uses Backstreet Boys’ “I want it that way”. Another amazing song!

If this isn’t any more obvious! TVF made this killer of a song based on The Weeknd’s Starboy. This parody song is a stereotype on “Punjabi mundas” and it kicks butt! Go and shake a leg to it!

Nobody can hate Queen and Muppets. And when you combine them together? A super cute parody song and a perfect tribute to the real legends!

What AIB does, EIC can do too. They have made plenty of parodies of Bollywood songs making some or the other political commentary. This one, in particular, is absolutely hilarious for it conveys what people of India had to go through with the inception of Aadhaar card and on the beat of Badshah’s “DJ Wale Babu”.

Do you have any song that you want to add to this list? Let us know in the comments and we will all have a laugh together watching them! And don’t forget to listen to all these videos when you desperately need some laughter! 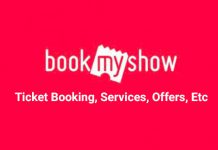 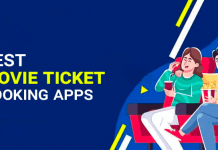 52 Famous Bollywood Dialogues Guaranteed To Be Remembered By All!

10 Best Car Repair Services That Will Help You, When No...