In search of some of the best Bengali web series to binge watch in your free time? You have come to the right place! With the Bengali entertainment industry growing by leaps and bounds, there are many interesting and fascinating series you can enjoy watching. In this article, we have curated the top 7 must watch bengali series for you!

Gone are the days when people just used to prefer English or Hindi web series. Believe it or not, the regional OTT content is evolving day by day and has indeed come a long way. And, when it comes to regional content, the Bengali entertainment industry has produced some of the finest web series of all time!

Bengali web series have not just won the hearts of Bengalis but also of people from across the country. The credit goes to the exceptional stories, eye-catching visuals, stupendous acting and world-class direction. With a wide number of Bengali web series out there, we have listed the top ones below!

Written by Sujan Dasgupta, Eken Babu is one of the high-rated Bengali web series today. With Anirban Chatterjee in the lead role, the series went on to gain huge traction when its first season was released in 2018. Chatterjee plays the role of a detective who earns a little income by solving cases. The series is directed by Anirban Malik, Abhijeet Chowdhury, Joydeep Mukherjee and produced by Eyewash Production.

With Danny Darren, Marek Hollands and Joy Bhowmik in the lead roles, Sharate Aaj is a marvelously written web series that you must not miss. Its story is based on a group of NRI Bengalis who organise and celebrate durga puja together. However, the event gets attacked by a group of terrorists. Released in 2019 on Zee5, each episode will surely keep you engaged till the end and make you fall in love with the story.

Genre: Thriller drama
No. of seasons: 1
No. of episodes: 6

Based on the renowned fictional character ‘Byomkesh Bakshi’, it is one of the popular Bengali web series of all time. Directed by Sayantan Ghosal, Soumik Haldar and Soumik Chattopadhaya, the series depicts the cases solved by detective Byomkesh and his friend Ajit. The series stars Anirban Bhattacharya, Subrata Datta and Ridhima Ghosh in key roles. Ever since the launch of its first season in 2017, it became the most watched Bengali series.

Directed by Amitabh Reza Chowdhury, Dhaka Metro is yet another remarkable piece of content. The story is about a troubled man named ‘kuddus’ who escapes from the city of Dhaka and has no idea where to go. On his road trip, he meets various people viz., a kid named ‘Rahman’ and a runaway woman. Popular Bengali actors Neville Hassan, Mostafa Monwar, Shariful Ismal and Aupee Karim are in the lead roles. Dhaka Metro was released in 2019 and garnered huge attention from the audience.

Starring Raima Sen, Priyanka Sarkar and Joy Sengupta, Hello is yet another fabulous Bengali web series you can’t miss. The series starts with a tragic incident where Nandita (played by Raima Sen) receives an MMS from an unknown number. The MMS contains a video in which Nandita’s husband can be seen making love with another woman (Priyanka Sarkar). Available in Bengali, Hindi and launched in 2017, the series is directed by Soumik Chattopadhyay and Anirban Mallik.

A different genre altogether, Kamini is a horror series with a plot twist of comedy. With Barkha Bisht’s digital entry, her performance in the series is sure to keep you entertained throughout. Released on 27th September 2019, it is directed by Rick Basu. The story is based out of a village where the men are disappearing in the darkness of the night. Saurav Das, Apratim Chatterjee, Trina Saha, Manashi Sengupta and Kharaj Mukherjee are other cast members of the show.

Genre: Horror Comedy
No. of seasons: 1
No. of episodes: 8

Yet another breathtaking and gripping series on our list is The Stoneman Murders. The story involves a man who kills people with a stone in the cities of Kolkata and Mumbai. A writer named Sneha then strives to unfold this mystery and find the man with the help of his diary. Directed by Rafiq Abdul Wahab, the series has Swastika Mukherjee and Rajatava Dutta in lead roles. The entire series is so exciting that it is sure to make you seated till the end.

Genre: Crime Thriller
No. of seasons: 1
No. of episodes: 9

Most of the Bengali web series can be watched on the popular video streaming platform Hoichoi. Launched in September 2017, it is owned by SVF Entertainment Pvt Ltd. Available on Google Play Store, iOS, Apple TV, Roku and Amazon Fire Tv, its compelling content will never leave disappointed. Most of the above listed series are also available on Hoichoi. If you have already watched the above series, below are some more best bengali series for you!

This brings us to the end of the article. The Bengali OTT industry surely has some mind-blowing and promising content library. From crime to romance, from comedy to thriller, it has something to offer in every genre. To make your work easy, we have compiled the list of some of the must-watch Bengali series. Hope you found the one you were looking for and enjoyed watching it with your dear ones! 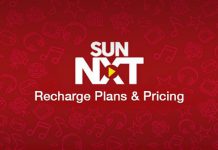 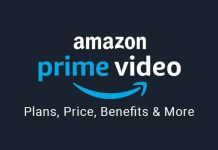 Top 5 Theme Restaurants in Delhi You cannot Give a Miss

10 Best Travel Places To VIsit In North India During The...

Personalized Rakhi – Best Way To Surprise Your Brother This Raksha...