If you ask anyone who is unexposed to Indian culture to name a Hindu God, the answer most probably would be the Elephant-headed God of wisdom. Lord Ganesha is worshipped by people of all sects across the religion. So it goes without saying how big a celebration thrown in his honour would be. The 10-day long fiesta known as Ganesh Chaturthi throws the bustling Indian cities and crowd into a state of frenzy. From the traditional household pujas to the pandals (marquees) that are set up to house the huge idols extravagantly coloured and adorned in jewels, this festival brings people of all ethnicity or background irrespective of religion.
In fact, this is also one of the few times in the year when every store you can think of is running a grand offer. Don’t forget to check out GrabOn’s Ganesh Chaturthi page where we have painstakingly put together the best offers from all around the internet.

The festival of Ganesh Chaturthi commemorates the birth of Lord Ganesha. It falls on the fourth day of waxing moon period every year. The festival is celebrated for 10 days across the country. The last day called Anant Chaturdashi marks the immersion of the Ganesh idol which takes place with utmost amusement and excitement.

On this occasion of Vinayagar Chaturthi, we bring you a list of must visit places during Ganesh Chaturthi. Places you wouldn’t want to miss out on!

First on the list of must visit places during Ganesh Chaturthi is:

The city that never sleeps – Mumbai 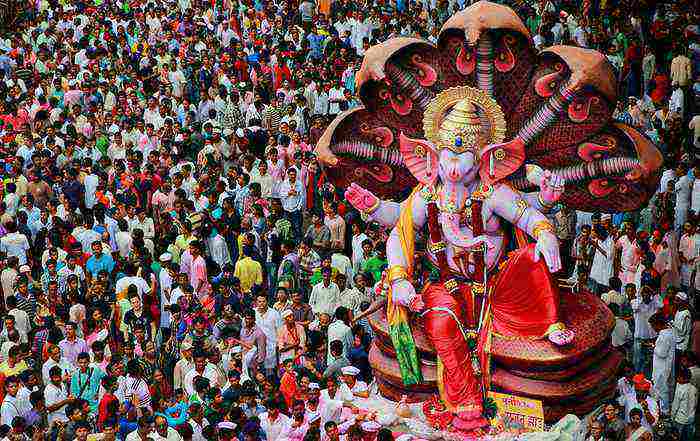 Ganesh Chaturthi is as quintessentially Mumbai as is Bollywood. The famous Siddhivinayak Temple is the place to be. If it’s not on your list of Holy Shrines To Visit This Ganesh Chaturthi, then add it already! Mumbai Ganesha Chaturthi celebrations are the very definition of ‘larger than life’. Lalbaugcha Raja and Goud Saraswat Brahmin (GSB) Mandal are two of the most lavish, extravagant and expensive idols across the city. Among others that need to be mentioned are Khetwadi Ganraj, Mumbaicha Raja and Chinchpokli Chintamani. Dhol-tasha, colours, crowd and unrestrained fun make the visarjan scene so heartfelt, genuine and emotional. The next time you’re there, get down on the streets and loose yourself to the maddening beats. As they say when in Mumbai, party like a Mumbaikar.

Learn more about must-visit travel destinations in Mumbai from Native Planet.
When Mumbai is on the list how can Pune be left behind? 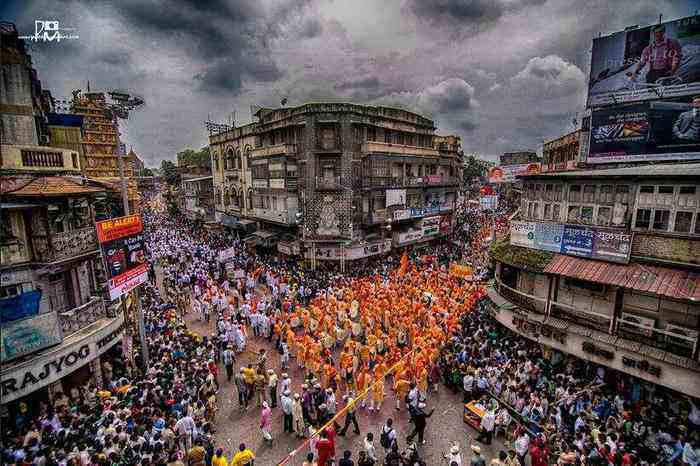 Being the presiding deity of Pune, Ganesh Chaturthi is celebrated in the grandest of manners. The community-wide Ganesh Festival or Sarvajanik Ganeshotsav originated in Pune under the tutelage of Lokmanya Tilak. One of the most culturally significant and the go to place for all Punekars is Dagduseth Halwai Ganpati Temple. Other must visit destinations during Ganesh Chaturthi include Kasba Ganpati, Tambdi Jogeshwari Ganpati, Guruji Talim, Tulshibaugh Ganpati and Kesariwada Ganpati at Kesariwada. The immersion scenes are mad and the celebrations are rad. Don’t forget to try out the world famous Modak. Hey if Lord Ganesha loves them, they must be something special!
How can we forget listing India largest tourist place?- Goa!
Goa, apart from being famous for its beaches, is also known for its architectural heritage and famous places of worship. Just like other Indian cities, Goa also celebrates the Ganesh festival on a large scale and this festival reserves a special place in the hearts of Goans. You can witness various colours of this festival in the temples of Ganeshpuri and Khandola located in Mapusa. Goa’s Marcela is known for its innovative Ganesh idols made using coconut, bamboo, cane and areca nut. The place also decorates the Ganesh idols and pandals in the most creative and pleasing way ever. So, why not plan your Goa trip during Ganesh Chaturthi this year?
Next up is the Silicon Valley of India, Bangalore. 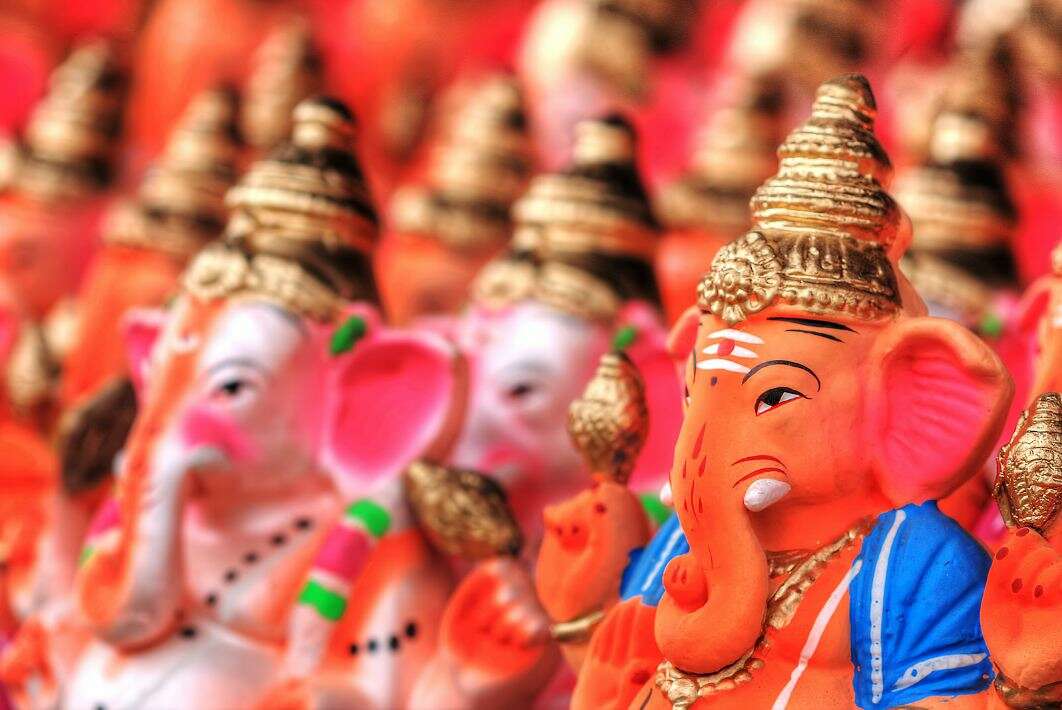 Despite the rapid modernisation and the urban social culture creeping in, the city has held on to its cultural and traditional roots. In this fast-paced city, the visarjan rituals at Sankey Tank and Ulsoor Lake remind you that it’s denizens know how to take a break and bask in the glorious colours and visual spectacle. Among the places to visit during Ganesha Festival are the Panchamukha Heramba Ganapati Temple and Ananthanagar Ganapati Temple.
Moving on, we reach the city of pearls, Hyderabad. Standing at an imposing 58 feet the Khairatabad Ganesh idol is the very definition of eye-catching. Accompanying the mega work of art is a huge laddu weighing in at 6000 Kilos! Of course, it would be broken down into smaller pieces and distributed among devotees. So that’s an added incentive if you were visiting. Biriyani isn’t the only thing Hyderabad is famous for, the 1,00,000 pandals erected in honour of Lord Ganesh throughout the city count as well! While in Hyderabad during Ganesh Chaturthi, always stop by Hussain Sagar Lake. Ganesh idols of all sizes are immersed with emotions running high as the people bid goodbye to their beloved God.
The list is incomplete without Ganpatipule
Located on the Konkon coast of Maharashtra, Ganpatipule is famous for its 400 years old Swayambhu Ganpati Temple. The temple is located on the beautiful Ganpatipule beach and it attracts thousands of pilgrims every year. The villagers celebrate the festival of Ganesha by decorating the entire temple and carrying a huge pooja. A taller idol of Lord Ganesh is also placed on a palanquin and is carried by the devotees throughout the village. This heart-felt and pleasant view will surely make you visit the town every year during the days of Ganesha.
Finally, we conclude the list with dil walon ki Delhi. 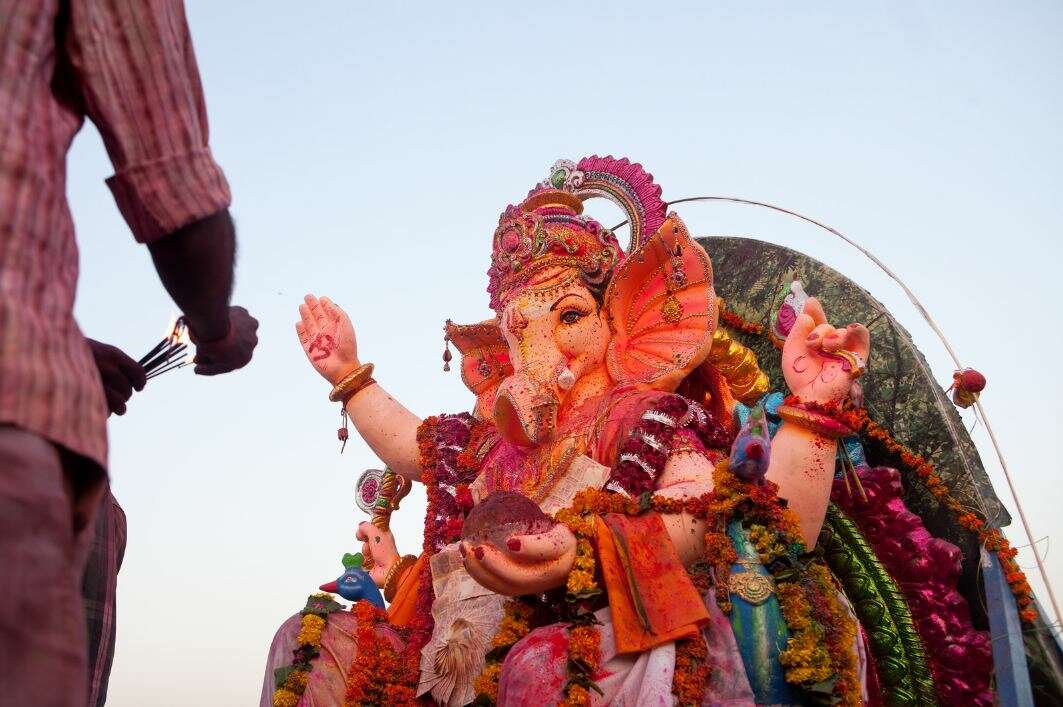 Delhi might be famous for Dussehra and Ram Navami but all the denizens of the city and especially the Marathi community awaits Ganesh Chaturthi with bated breath.
Uttam Nagar and Laxmi Nagar, the hub of Marathi speaking population ranks among the places you should definitely visit. Vinayak Temple in Sarojini Nagar is one such holy shrine you need to visit this Ganesh Chaturthi.
So this is the list of must visit places during Ganesh Chaturthi. The food, the aura, the music and the crowd will make it all worth.
What other holiday destination do you wish to travel to during this Ganesh Chaturthi holidays? Do let us know by commenting below.

Are You a Traveller Or a Tourist?

Trips can be whatever you want them to be. Be it rediscovering yourself at an unknown place or backpacking through a continent, a trip...

Top 10 Secret Beaches in India: The Water Gems of the...

Top 5 Luxury Dining Restaurants in Hyderabad to Splurge Upon

Advantages And Disadvantages Of WhatsApp On Teens