Hey there! While there are plenty of summer getaways across India, GrabOn tried to shortlist the must-visit hill stations near Delhi that can be reached overnight and ideal for a weekend stay.

Note: If you’re traveling to other cities in India, don’t forget to avail the best offers on flight tickets using mouthwatering deals from Makemytrip.

The summer heat across major cities in India often reaches extreme levels pushing people to retreat to the hill stations. People plan weekend getaways to the nearby hills so as to ditch the scorching heat and the busy hectic schedule alike. While Delhi, Mumbai, and Bengaluru are advantageously located close to the hill stations, other prominent hill stations are also not too far away. Do have a read!

Before you jump into the list of places to visit and things to do, make sure your train & bus bookings are all done and your travel plans are chalked way ahead of time. Avail the best deals on bus and train bookings right here and begin your journey to the hills! 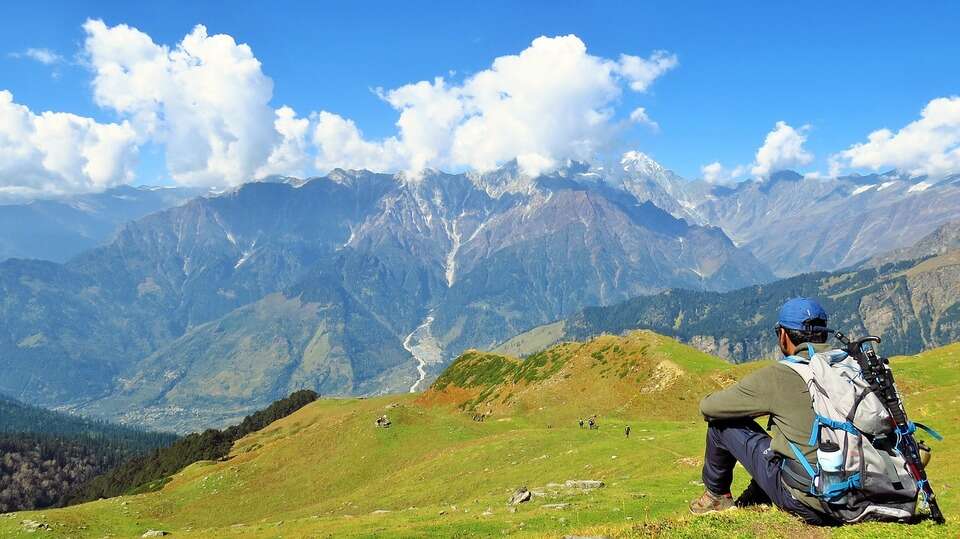 The grandeur of the intriguing Himalayas, a mystical throwback to the age-old culture, the self-explanatory waterfalls, murmurs of lush green forests & let’s not forget to mention your endless desire for peace and solace with a pinch of adventure.

In case you want to stay back for a couple of days, use the best Goibibo offers available on flight and hotel bookings.

These hill stations near Delhi beckon you to travel into ecstasy. 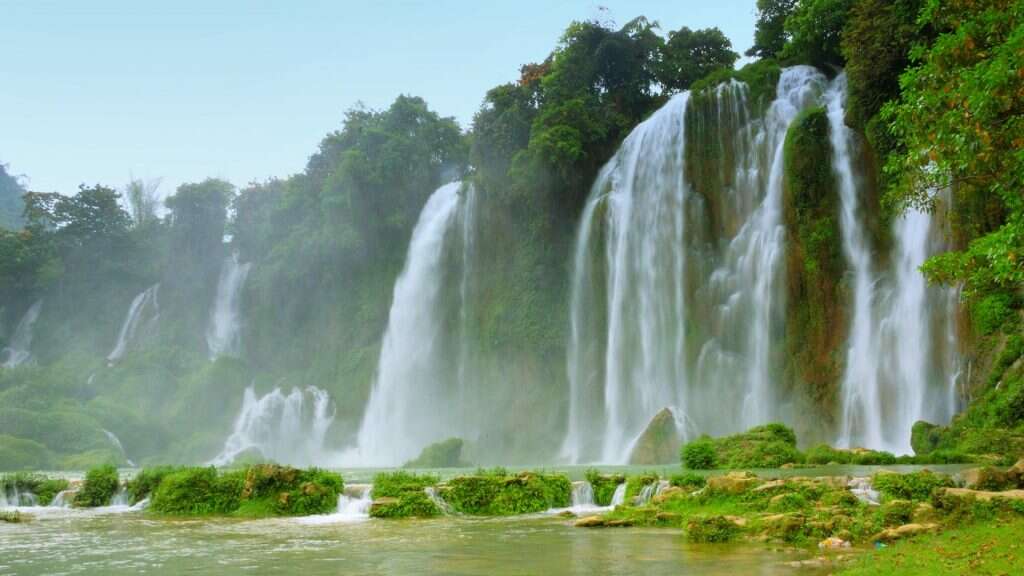 Must Visit Hill Stations Near Delhi:

With over 80 beautiful hill stations in India, a lifetime may not be enough to explore each and every one of them. The plenitude of options has always landed visitors in utter confusion in choosing a particular weekend getaway. Hill stations near Delhi such as Morni, Nahan, Lansdowne, Kalsi, etc. are magnificently splendid and worth-exploring. They may not be as popular as other hill stations like Shimla and Manali, but still, they render the same enigma and beauty as these popular destinations offer. Use Happyeasygo coupons for travel and save on all your travel expenses.

Lansdowne is one of the beautiful and unspoiled hill stations of Uttaranchal and is one of the best hill stations near Delhi. Unlike its counterparts, Lansdowne is well connected with motorcycle roads and is located on the Kotware-Pauri road in Garhwal district. It is situated at an elevation of 1,706 meters above sea level and is named after its founder; the Viceroy of India from 1888 to 1894, Lord Lansdowne.

Climate: This hill station used to be a favorite retreat among the Britishers. Its scenic beauty, picturesque location, and favorable climate have always attracted visitors, especially during the summer months. Even the Britishers couldn’t resist themselves from building their cantonment over here. Today, this histrionic garrison is well-preserved and is open to the public.

The soothing and invigorating climate of this region attracts a good number of people to visit and spend their holidays here. Nature lovers and newlyweds love this hill station as it is considered a treasure trove of romance and scenic beauty. 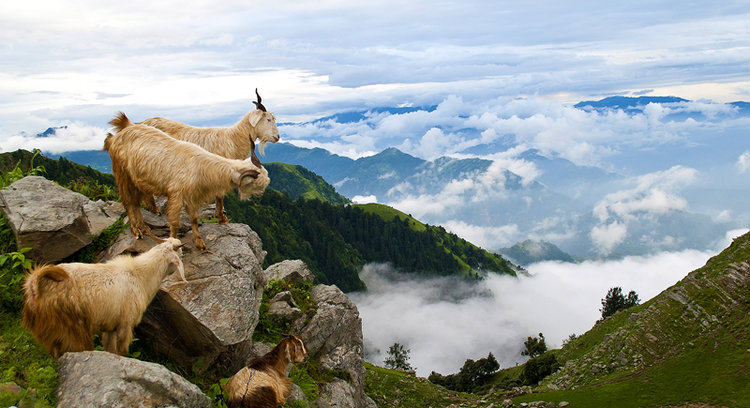 Bhulla Tal is an artificial lake, built in the honor of the Indian Army. Boating is a popular activity seen here. You can get boating amenities on rent. There is also a park adjacent to the lake. This is a must-see attraction of Lansdowne.

Tip-n-Top is another interesting spot of this place. It is situated at a height of 1,950 meters from ground level. On a clear sunny day, you can view the mighty Himalayas and the surrounding areas. Hiking is an interesting activity, which can be done here. Tarkeshwar Mahadev Temple is famous for its Shivlinga and Gauri Kund. It’s considered holy to take a bath in this pond. You can even visit the Durga Devi temple and the Jwalpa Devi temple, which are located nearby. This holy shrine is surrounded by nature’s bounties such as oak trees, deodars, blue pine forests, etc.

Kanva Ashram is mainly famous for its mythological values. It is believed that Shakuntala, wife of King Dushantya had given birth to Bharat in this ashram.

How to get there: Lansdowne is an ideal place to explore during the weekend. On the one hand, you can enjoy its scenic beauty and visit its attractions and on the other hand, you can carry out adventure activities such as hiking, trekking, and paddling. To get there by road, you can take the Meerut-Pauri National Highway, and drive for 7-8 hours. The other alternative is to take a train to Kotdwar, and then take a bus from there. 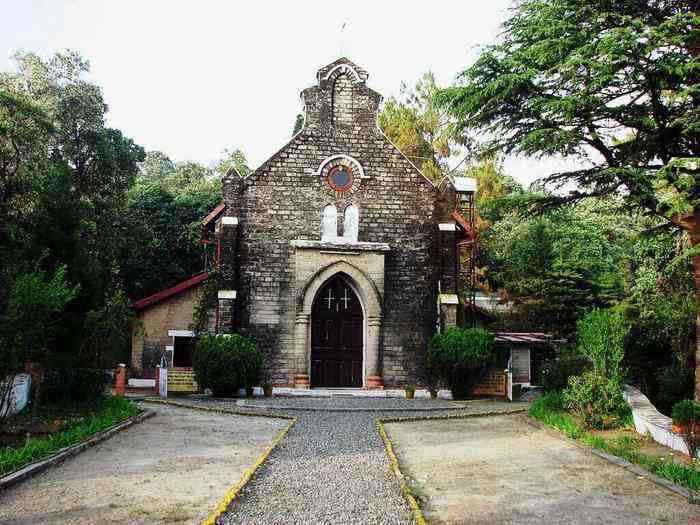 This is a great place to stay without having to enter the city. We needed to visit Tadkeshwar Mahadham and chose to stay outside the city. The hotel owner and receptionist were both very friendly. Food and Service were as great as it could get in the Mountains. Balcony view was simply unmatched with a view of the Himalayan ranges. We stayed in the Studio Apartment room which comes with a small kitchen and other facilities should your stay become extended.

Situated in the lower hills of the Shivalik range, Morni is among the frequented hill stations near Delhi. With its cool altitude, mesmerizing landscapes, and myriad opportunities for trekking, rock-climbing, and other adventure sports, Morni Hill is ideal for a summer vacation nearby to Delhi. Just a 5-hour drive from Delhi and 45 km from Chandigarh, Morni in Panchkula district combines the best of an idyllic retreat with action, adventure, and fun.

Attractions: Morni is one of the must-visit hill stations near Delhi and is situated at an elevation of 3,900 meters above sea level, in the Shivalik Range. It lies in the Panchkula district of Haryana and is named after its Queen Morni. The Morni Hill Tract is surrounded by two sacred lakes and its picturesque landscapes render an ideal spot for bird watching. This beautiful hill station attracts visitors all throughout the year because of its awe-inspiring scenic spots, wide range of flora and fauna, historic fort. Wildlife aficionados frequently visit this place. You are surely going to fall in love with this place. 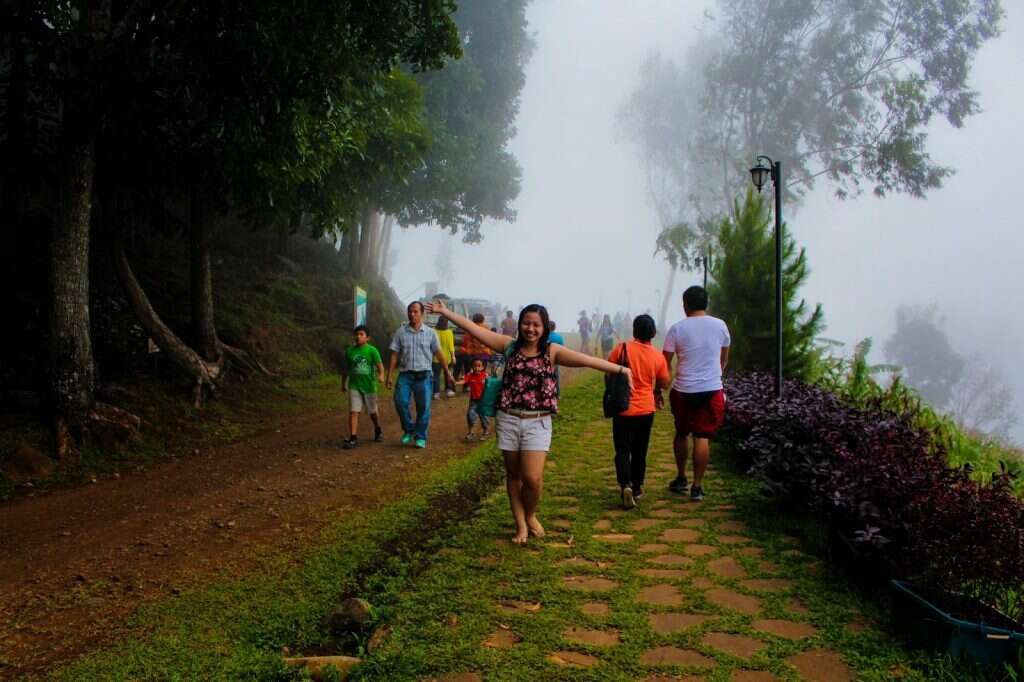 Things to do: Bird watching is a common activity here in Morni, as the hill station is dominated by a large variety of birds such as Kalij Pheasant, Crested Kingfisher, Red Peafowl, Wallcreeper, Himalayan Bulbul, Grey & Black Francolins, Treecreeper, Oriental Turtle Dove, etc. Besides, you could be lucky enough even to watch wild animals such as leopards, wild boar, langur, sambar, hyenas, hare, etc.

Adventurers won’t be disappointed for this is an ideal place to carry out adventure sports such as rock climbing, trekking, hiking, etc. You can go trekking to the fort and to the bank of the river, Ghaggar. 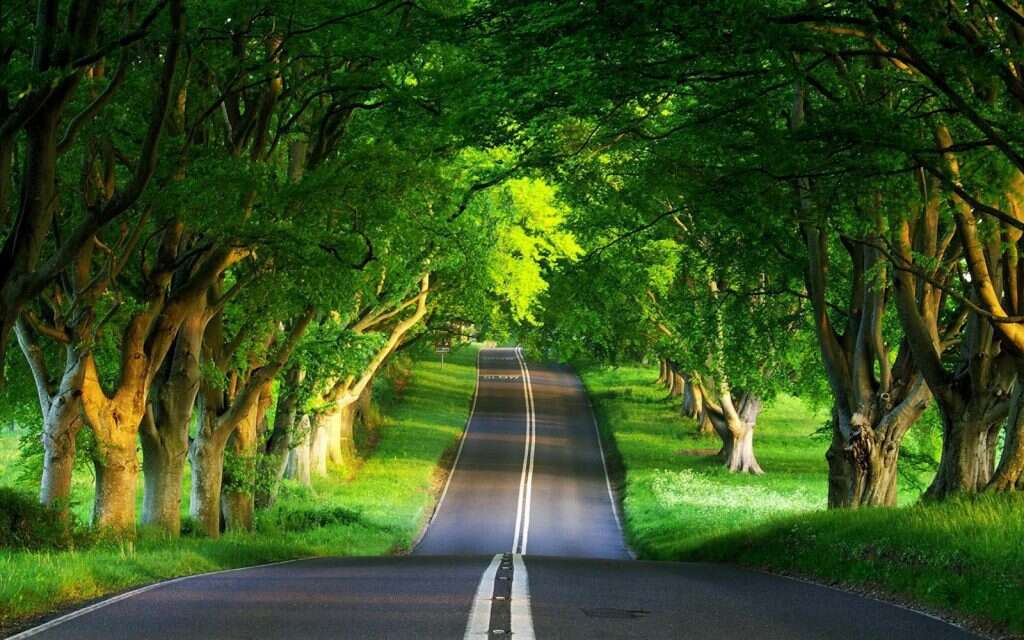 How to get there: Morni is situated at a distance of 5 hours’ drive from Delhi if you take the NH 44. It is an ideal weekend break destination, which you would love to explore. However, remember that there is no gas station in Morni. The nearest one is at Panchkula.

After covering the 20 km from Nadda Sahib, the beauty of Morni was really mesmerizing. The weather in Morni is really thrilling. One can see 180 degrees lighting view from Tikri at night which is worth seeing. No pollution. It’s a quiet and peaceful place to introspect. If you want to be with yourself, then come to Morni for 2 or 3 days.

Food, sight-seeing, and shopping:
Sorry to say but there is no good food, but if you enjoy cooking yourself, it is fun. No shopping. Tikar taal is a lake where one can enjoy boating with one’s dear ones.

Activities and things to do:
Just hang around on the roads and enjoy the weather and there are so many rough ways where one can enjoy trekking.

Nahan is one of the best hill stations near Delhi, which you can explore. A quaint town, Nahan is situated on a hilltop in the Shiwalik Hills, overlooking green hills. Traditionally, saints and princes are linked with the origin of Nahan. At an altitude of 932 m, it’s is a good base for visits to the surrounding areas such as Renuka Lake, Paonta Sahib, Trilokpur temple, and the Suketi Fossil Park.

History: This picturesque land is free from pollution and its tranquil ambiance makes this place an ideal spot for a weekend vacation. Its history dates back to the 16th century when it was founded by the then ruler, Raja Karan Prakash. However, this hill station was named after a lion, which was adopted by a saint during this king’s rule. 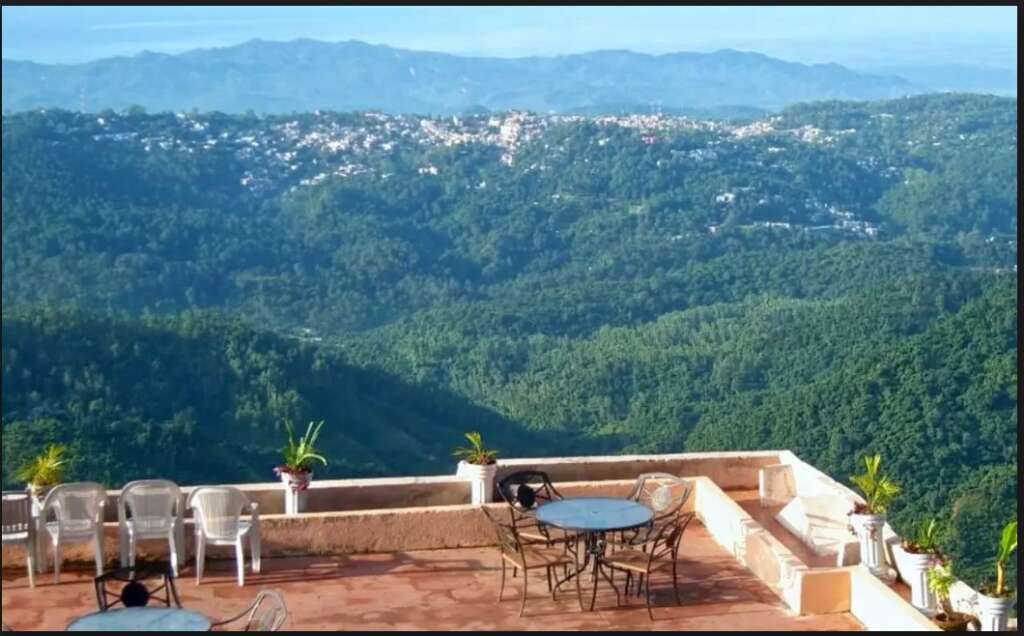 The Rani Tal or the Queen’s Lake is one of the must-see attractions of this place. This entire lake was confined to the Royal family. The common man was not allowed to use this lake. Today, this lake is used as a picnic spot and is visited by nature lovers all throughout the year. Its lush green grass plots, a rocked pavement across the crystal clear water of the lake, boating facilities, etc. adhere together to make this place an ideal spot for merry-making. 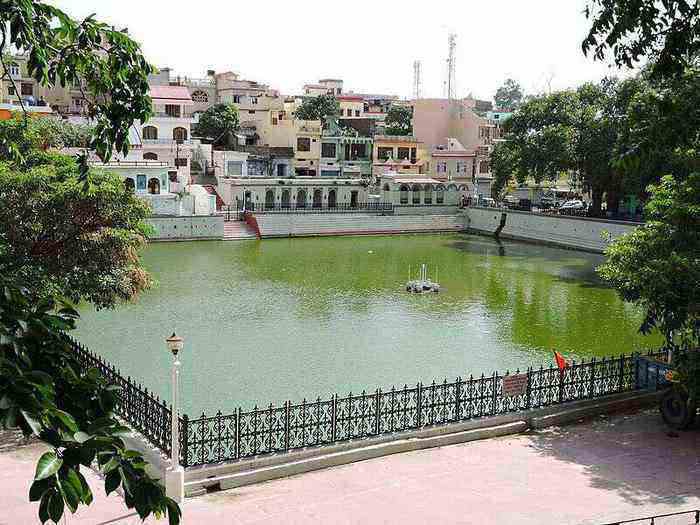 This small town is full of tourist destinations. Besides flaunting its scenic beauties, Nahan also houses some of the major historical forts. The Jaitak Fort is one such palace that is the embodiment of the history of Nahan where a major battle between the British Army and the Gurkhas was fought. It was built by the famous Gurkha leader Ranjit Singh Thapa in the 18th century. It is located at a distance of 25 kilometers from the main city.

Jagannath Temple is another important attraction which you can visit. This temple was built by Raja Budh Prakash in 1681. Lord Vishnu is worshipped here. The entry to this shrine is through a classified gateway. The walls of this temple are adorned with exquisite ornaments and various mythological paintings.

Suki Fossil Park is an interesting spot to visit, where you can witness the Jurassic era. The park’s exhibits include life-size models of extinct animals such as mammoth, saber-toothed tiger, four-horned giraffe, giant tortoise, gharial, hippopotamus, and more. 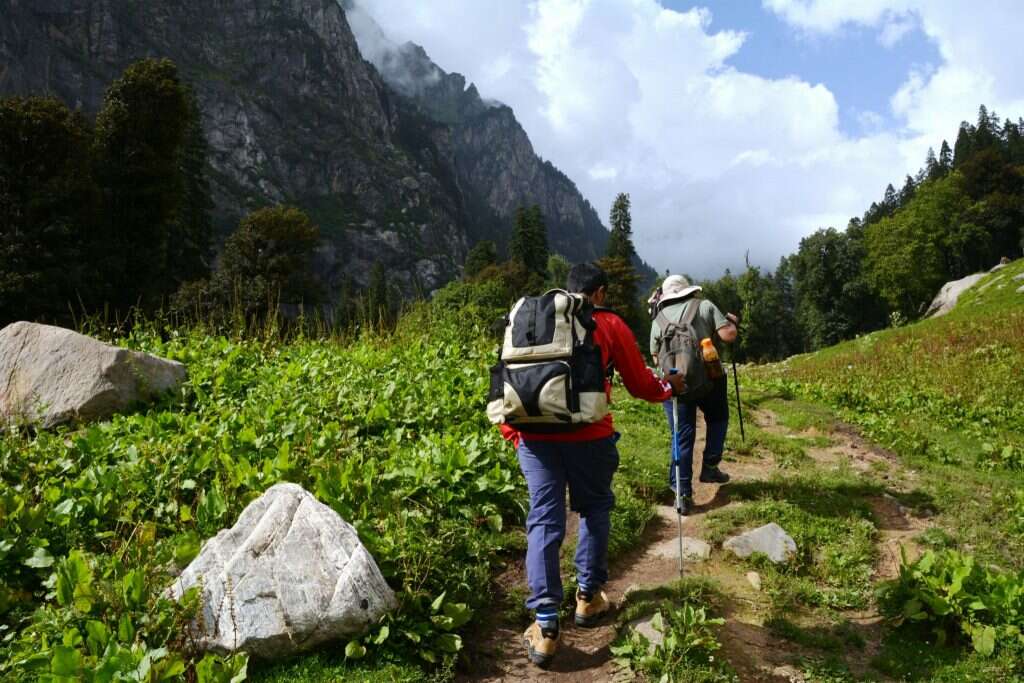 Nahan makes for an excellent destination for honeymooners. It is also a quick weekend getaway from Delhi. This destination enjoys a pleasant climate almost throughout the year. On a trip to Nahan, one can also visit Renuka and Paonta Sahib, Trilokpur Temple, and the Suketi Fossil Park, lying quite close to each other. The drive to Nahan from Delhi is a treat to the eye with dense forests of Kalesar reserve along the route. If you are lucky you may also catch some wildlife on the move.

I hope this helps! If you need any suggestions on accommodation, restaurant, shopping, etc. please get back to us. We would be happy to help you chalk out a detailed itinerary on your chosen destination. Have a great summer vacation at any of these top hill stations near Delhi!

5 Must Have Travel Apps in India to Book Tickets Online

Best Vitamin A Tablets In India For Eyes, Hair and Immunity

4 Holi Gifts For Girlfriend: Presents Your Loved One Would Love

5 Reasons Why Wearing Safety Shoes Is A MUST!